Although stratigraphic and cultural continuity is clearly followed, B. Čović found some statistical, typological and technical differences in relation to the previous phase (Čović, 1961: 87-93). Also, the coarse, monochrome and painted ceramics still appear, but in a sudden decline. Changes are manifested in spiral ornaments and additions of quartz sand in coarse ceramics, and aspiration to breaking the globe shape in monochrome pottery.

Other forms of material activity are largely similar to phase VI b. In architectural objects, a change in the flooring of one house, which was paved with smaller stone slabs.

This stratum represents the natural extension of the life of the old Starčevo settlement in this locality. In this period, the inhabitants of Gornja Tuzla had to come into close contact with some, certainly not remote, settlements of older Vinča culture. The influence of these surrounding settlements is constantly increasing, which can be clearly seen in the stratum V in the form of permanent decline and the gradual eradication of those elements of material culture that represent the old Starčevo settlement with simultaneous growth of the Vinča elements (Čović, 1955: 15-17).

Examples of rough pottery with a large amount of quartz sand additive, well baked, red, brown and brown are found in this stratum. The shape is conical, sometimes with a recessed rim. The new phenomenon is the rough and full foot/base of the dishes.

Monochrome ceramics are made of well cleansed soil, with a coating of red and light brown. Most common shape is semi-globe, typical for Vinča biconical ceramics, which are sometimes decorated with fluted ornaments (Table V, Fig. 1 – Fig. 8) (Čović, 1961: 113).

The situation in the VI and V strata provides an example of a light ethnic shift, without interruption of the continuity of the settlement, with the end result of drowning of the older ethnic group into a new one, which was more advanced and more numerous.

In addition to the Vinča culture, the influence of the Hungarian Körös culture in stratum V, which is best reflected in the fragments of red-painted ceramics, and the dish that probably stood on several tight feet.

All this, and especially the lack of elements from stratum VI, supports the assumption that this stratum was formed by a new ethnic element (Vinča) (Čović, 1961: 116).

These strata show eneolytic characteristics and represent the most powerful layer of settlements, which is the result of intense development. From 3,75 to 0,90 m depth, two strata were divided, although continuous development could be observed (Čović, 1961: 117).

Since its inception, Stratum III shows the basic cultural characteristics of the Eastern Bosnian Vinča group, which the next (II) stratum of this settlement also belongs to.

As for the construction remains in this layer, the three fireplaces that probably belonged to a burnt down house are very interesting, because of the remains of charred beams and burnt ground were found. A trench which supposedly was a constituent part of a polygonal structure was found in stratum II (Čović, 1961: 98-99). Due to the smaller scale of the excavated surface, the house basis structures could not be examined in its entirety. Stone and flint material is represented in glazed, flat and drilled stone axes, which occur for the first time, as well as flint blades and scrapers (Table VI).

Pickax and hoes with punching holes made of treated animal bones can be found.

From the standpoint of general cultural development, it is very important that at the same time with the complete overthrow of this new ethnic element, the first metallic (copper) items appear in the Gornja Tuzla strata. At a depth of 3.70 m, the copper shaker was found, and copper remains were also found at the bottom of a cave. Stratum III also includes 22 copper beads and a spiral ring made of copper wire (Table VII, Figures 19 and 20) (Čović, 1961: 98; Čović, 1955: 17).

Modeling of human figures appears in the stratum III, for the first time in this archaeological site. Truth be said, only a fragment of the foot made of fine glazed iron ceramics was found (Čović, 1961: 97-98.).

The stratum I is the last cultural horizon of the settlement in Gornja Tuzla and represents the remains of a new settlement, erected in the same locality but from a whole new population. Between the stratum II and I there is no cultural continuity, though it could not take much time between the end of the Vinča period and the beginning of this new one, which belongs to the eneolith.

This research led to a finding that the origin of the Neolithic settlement in Gornja Tuzla, as is the case with the Tuzla’s palafitte settlement, was the existence of salty water sources that the inhabitants used to produce salt. It was also used for exchange, that is, the original trade.

It is assumed that the settlement in Gornja Tuzla is rather large, as confirmed by the new archaeological excavations during 2007, 2008 and 2009, whose basic aim was to determine the ultimate depth of the cultural layer, hence the chronology and boundaries, i.e. the size of the settlement.

From October 1 to October 10, 2007, a probation excavation was carried out at the site of the so-called „Safetova bašča“ in Gornja Tuzla. On that occasion, a 5×3 meter probe was uncovered. In addition to numerous ceramic remains, a ceramic baking furnace was discovered. The professional team consisted of: prof. Dr. Andreas Lippert, Dr. Georg Tifengraber, Zilka Kujundžić-Vejzagić and Mirsad Bakalović. The planned excavations continued during July 2008 and June 2009.

The new archeological excavations in Gornja Tuzla were the reason why the “Museum of East Bosnia” Tuzla organized an international archeological symposium on the topic of “Neolithic Problems and the Development of Early Neolithic Cultures in the Balkans”. This event was attended by archaeologists of neolithicists from Austria, Germany, Poland, Bulgaria, Great Britain, Spain, Croatia, Serbia, Macedonia and Bosnia and Herzegovina.

This was an opportunity for the very first presentation of preliminary results of the radiocarbon dating of archaeological material excavated during the 2007 probation excavation in the area of Gornja Tuzla. The material that was treated with C14 analysis dated back to 4690 BC (Vejzagić, Lippert, Tiefengraber, Bakalović, 2017: 147-153). 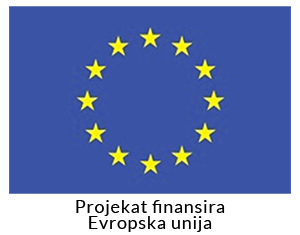 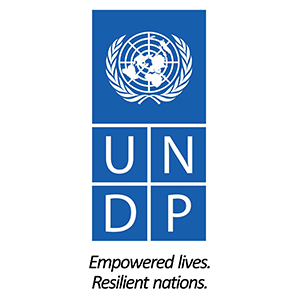